Despite being often overlooked as an epic travel destination, Seattle is an incredible city to visit and is full of character and vibrance. There is also plenty to do in the Pacific Northwest city including wandering around laid-back market stalls, exploring gorgeous gardens and parks, gazing over spectacular mountain views, and of course seeing the filming sites of the beloved Grey’s Anatomy tv show.

Despite being a large city, Seattle isn’t packed full of hostels which can sometimes make it difficult to choose where you want to stay. However, the ones it does have available are pretty awesome so that’s why we’ve created this guide to the best hostels near Seattle Airport, so not only can you find epic hostels but you can also see how close they are to the airport so you can catch you flight!

Green Tortoise is always being named as one of the most popular hostels stay in Seattle and we can see why with its epic location, feel-good energy, and awesome amenities.

Speaking of its location it’s arguably unbeatable for those wanting to be amongst the hustle and bustle of Seattle with it being situated right across the street from the iconic Pike Place Market along with having plenty of cafes and restaurants as its neighbors.

It is also less than a 20-minute taxi ride from the airport and can easily be reached by public transport in less than an hour for those savvy backpackers.

The hostel is also beautifully designed in an elegantly restored Elliot Hotel Building and boasts great dorm rooms where all the beds have privacy curtains and outlets!

Have your dates picked? Read up on hostels in Seattle before you book!

The Best Hostel near Seattle Airport for Couples

If you’re looking for a vibrant hostel beaming with character then you have to stay at HotelHotel Hostel! The small yet sociable hostel has an urban and hipster feel to it which matches the surrounding neighborhood it is situated in.

Here you will won’t be short of things to do during the day and as the sun goes down with top sites, bars and eateries around every corner! In the summer months, you can also expect to find live music, festivals, and other bustling events just a short walk away from the hostel.

HotelHotel Hostel also offers a delicious free breakfast every morning where guests can stock up on a selection of tasty continental treats to fuel themselves for a day of exploring Seattle and its nearby surroundings.

Have some time? Get out of the city with these epic day trips from Seattle!

#3 – HI Seattle at the American Hotel

The Best Hostel near Seattle Airport for Solo Travelers

This hostel is perfectly located in Seattle’s International District and is just steps away from railways, bus tunnels and ferries meaning guests can easily travel around the city and to the international airport.

Along with this, the neighborhood itself is bustling with an abundance of delicious places to eat, so many interesting sites to explore and plenty of bars to let your hair down.

On-site the hostel has a little slice of comfort for everyone with it offering both deluxe private rooms for those who like to their own space along with sociable dorm-style rooms for those looking to meet other like-minded backpackers.

The hostel also has an extremely cool interior inside a newly renovated historic building where it has retaining an old-world feel while adding modern amenities.

Still haven’t booked for Seattle? Find out where to stay in Seattle for any type of trip!

The next one on our list isn’t technically a hostel however its beaming social energy and incredible common spaces that it makes you feel as if you’re staying in one.

The accommodation provides a sense of luxury but at affordable prices and is a great alternative for those who want to save the pennies but also have modern and lavish facilities along with the opportunity to meet other travelers.

The hostel is also primely located in the heart of Seattle’s vibrant University District which provides guests with a youth atmosphere with plenty of things to do nearby.

The Best Hostel with a Private Room near Seattle Airport

The final place on our list of the best hostels near Seattle Airport is Baroness Hotel which is a beautiful accommodation option situated in a historic, cozy, charming renovated building.

It is also centrally located in the First Hill neighborhood- one of the most sought-after neighborhoods in the city. Along with this it is one of the best hostels if you’re looking to catch an early flight with a taxi ride to the airport being under 15 minutes!

If you don’t fancy venturing out into the city to grab a bite to eat then you’re in luck as the property has a tasty on-site restaurant and bar. Here you will find a range of local and international foods along with refreshing drinks all of which can be enjoyed in a laid-back, traditional ambiance.

Conclusion to the Best Hostels Near Seattle Airport

So there you have it, our ultimate guide to the best hostels near the expansive Seattle-Tacoma International Airport. We hope this guide has helped you find the ultimate place to stay so you’re within striking distance to the terminals whilst also being close enough to the city center to explore all the epic sites.

If you’re still not sure on which hostel might be the right fit for you then we’d recommend you look further at either Green Tortoise Seattle Hostel or HI Seattle at the American Hotel both have great reputations amongst the backpacker scene along with awesome on-site facilities and an incredibly social atmosphere.

Lastly, if you do end up booking any of the hostels we’ve listed above please do let us know in the comments below we love hearing from you guys! 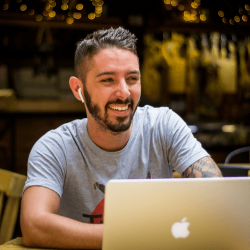